Everything You Need to Know About Pole Dancing

Truth be told, pole dancing is a far more sophisticated and intriguing activity than most people give it credit for. Due to its widespread popularity in strip clubs and utilization during sensual dances, most people underestimate the level of skill and expertise required to perform the routines and the amount of muscular endurance and coordination top-level performers possess.

In fact, a growing number of pole dancing competition promoters have been striving to change people’s perceptions of pole dancing to include pole fitness. Some are even attempting to secure pole dancing a place in the Olympics as an official sport.

What is Pole Dancing?

Before we get into the history of pole dancing and some of its more contemporary forms, let’s first define what it actually is and who performs such routines. For the most part, pole dancing is the combination of dance moves and acrobatic maneuvers that are performed on a vertical pole that is held firmly in position.

Usually, the pole is made from a metal material such as stainless steel, brass, chrome, or titanium. While these materials are strong, they are notorious for being difficult to grip, largely in part due to their smooth and shiny finish that becomes very slippery when combined with sweat and moisture.

Today, pole dancing is performed by a wide range of people from all demographics and age categories as a way to keep fit, increase mobility, and boost confidence. 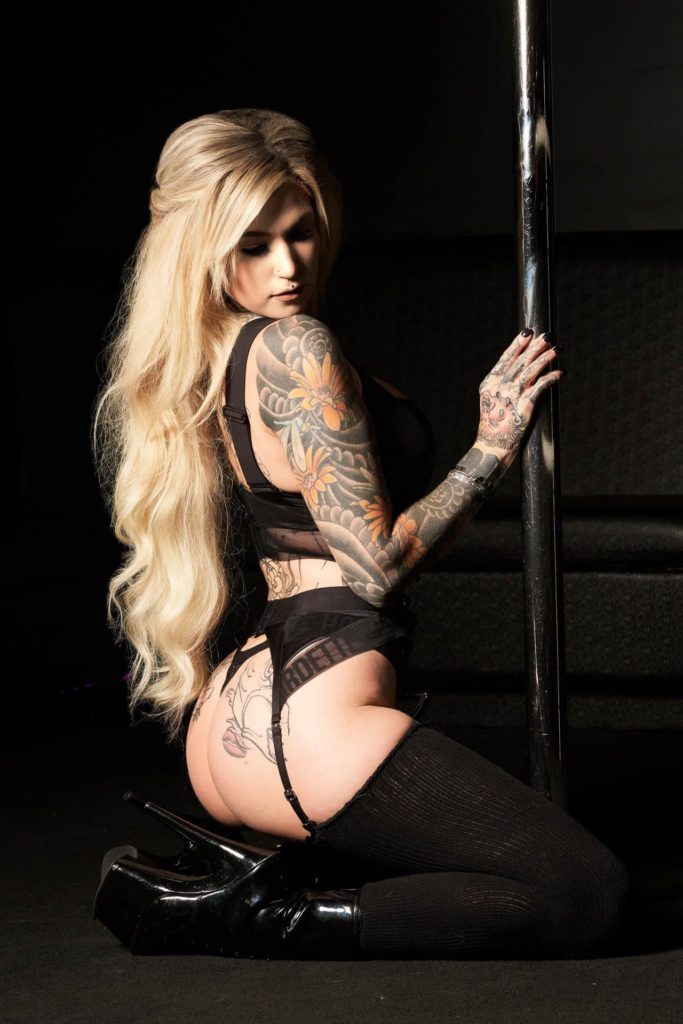 In our modern world, hundreds of thousands of people take to pole dancing every single day, both for health and fitness and as a professional job – but where did it all begin? Interestingly, some people believe that some variations of pole dancing can be traced back as far as 800-900 years ago to the 12th century.

Mallakhamb is a traditional Indian sport that dates back to the 12th century, where the word ‘Malla’ refers to a gymnast, while ‘khamb’ refers to a pole. As a result, the word ‘Mallakhamb’ means ’a gymnast’s pole.’ The sport was first referenced in Manas-Olhos, a Chalukya classic written in 1135 A.D. Even today, Mallakhamb tournaments are still held at a national level in over 20 states in India, after it was resurrected as an official sport in the 19th century.

A gymnast executes aerial yoga or gymnastic poses and wrestling grips in tandem with a vertical stationary wooden pole in the original style of mallakhamb, which is comparable to pole dancing that is still practiced in the west today.

The Chinese pole, as far as we know, first emerged in the eleventh century. In China, the pole was utilized as a strength-building exercise where hundreds of male soldiers would use the poles to perform daring feats, demonstrating their athleticism and core strength.

They would occasionally do tricks together, too, similar to what you might see in today’s circus.

The poles range in height from 3 to 9 meters (10 to 30 feet) and have a diameter of 2 to 3 inches (5 to 8 cm), with some poles having a slightly wider diameter that revolves around the center pole utilizing ball bearings. This spinning pole allows a performer to spin on the vertical axis, allowing them to include a rate of a spin into their performance, making it slightly more dynamic than the usual poles we’re used to. When the performer pulls his or her body closer to the pole, the performer spins quicker, giving the audience a dramatic spectacle.

The poles are frequently covered in rubber to improve grip and allow for more spectacular moves during performances; nevertheless, the rubber can create friction burns on the Chinese pole artists’ bodies. Acrobats typically wear many layers of clothing to protect themselves from burns and bruises as a result of this. 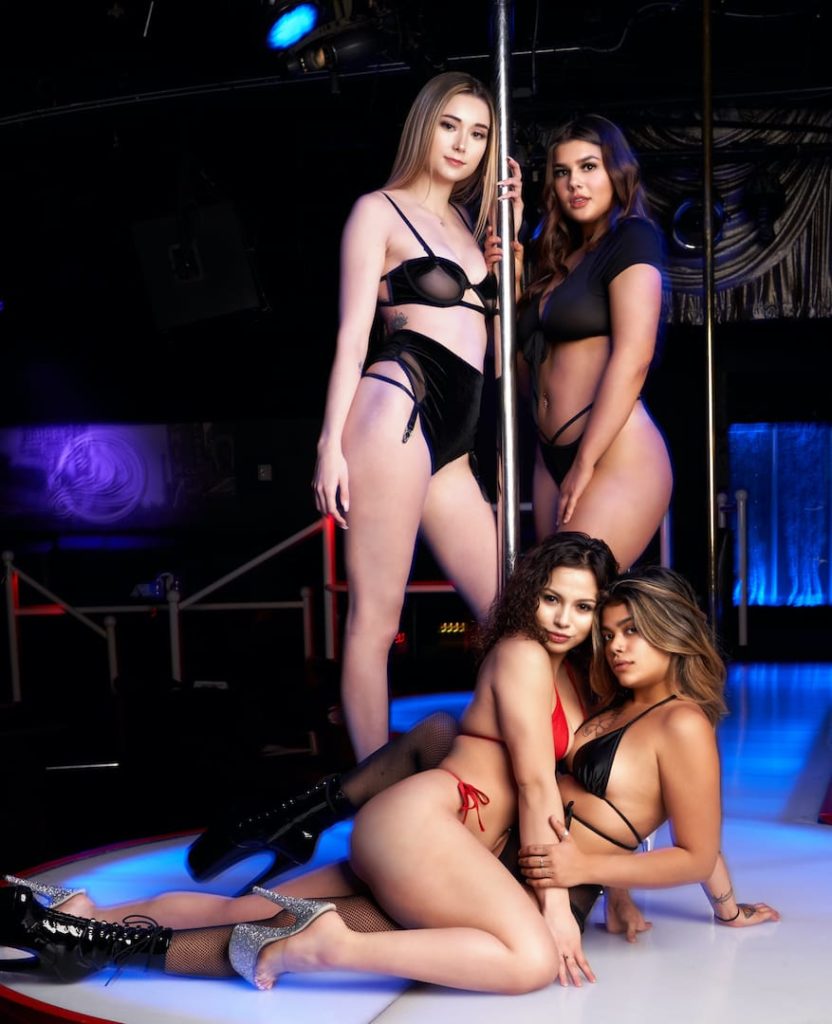 Traveling Sideshows In The USA

Variations of pole dancing began to develop in the United States after a long period of hiatus, where it eventually became associated with traveling sideshows such as circuses from the 1880s through the 1920s. Of course, this was a rather conservative period, with nudity and sexuality being seen as somewhat taboo.

As a result, people were captivated by these performances, and they went to pole dance events to go and see exotic dancing from all over the world, such as belly dancing from the Middle East and pole dancing from Asia. The majority of the dancers in these shows were Egyptian Ghawazi dancers at the time.

By the 1920s, dancers began attracting paying customers into shows by dancing sexually dancing with their bodies against the pole, signaling the start of the transition from sport to more art form. Due to the sexual nature of the dancers’ movements, pole dancing and burlesque shows were commonly combined before making the obvious shift from circus tents to bars.

Patrons (usually men) go to these clubs to view semi-naked or sometimes naked women perform exotic dances on the stage, and most cities in the U.S. have several well-known places where paying customers can go to have a good time and spectate the performers.

It’s difficult to pinpoint a specific time when this really started coming into popularity, but many people speculate that it was during the “sexual revolution” of the 60s where some cabaret stripteases became performances with full nudity.

Interestingly, Canada seemed to be at the forefront of the pole dancing revolution, with two Vancouver strip club co-owners recognizing the industry’s rapid growth and opening a facility to assist in the training of their exotic dancers. This studio, like many others today, taught pole work, floor work, and choreography. Many pole dancers began to create their own studios, teaching other pole dancers their methods and talents, which was a groundbreaking move in modern pole dancing.

Fawnia, a young Canadian woman, was employed as an exotic dancer at one of these strip clubs in Canada, where she quickly found herself educating several of the girls she worked with on the side. What began as a casual suggestion here and there evolved into classes for a wide number of coworkers. Fawnia arrived in Las Vegas, Nevada, in the 1990s and rapidly established herself as the world’s first pole dance instructor. Since then, pole dancing workshops have grown in popularity for both leisure and competitive sport, with individuals participating in a range of sexual, non-sexual, and athletic settings. 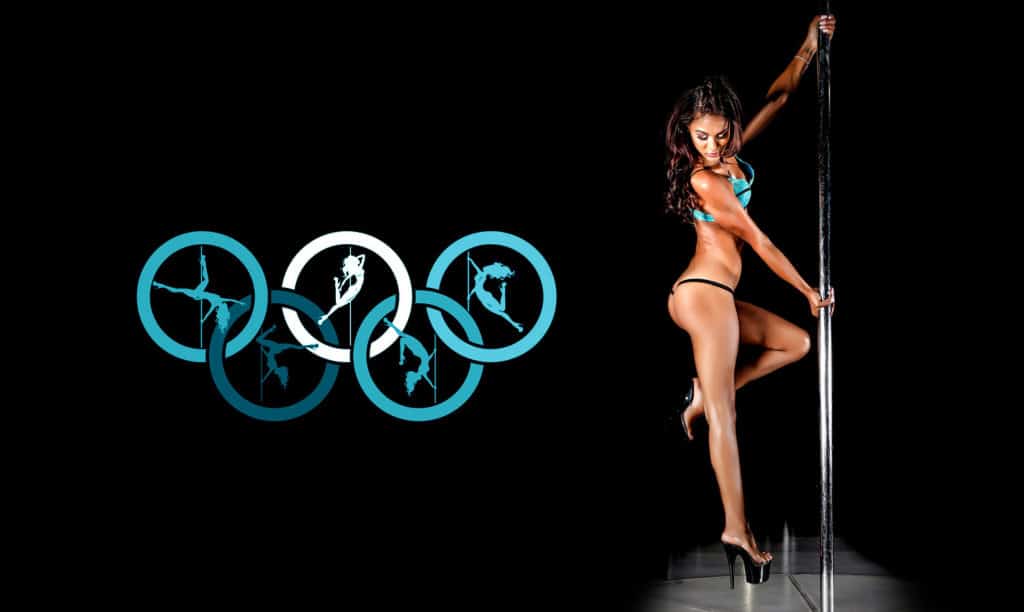 Pole Dancing In 2021: Time For The Olympics?

As we touched upon earlier, many people advocate for pole dancing to be recognized as an official sport that should be entered into the Olympics. Pole dancing is, after all, an extremely difficult sport. On the ground, effortlessly twisting your body into inversions, artistic arcs, and gymnast-inspired postures requires athleticism in leaps and bounds, let alone when hanging from the side of a smooth, slippery pole. It’s a combination of dancing, gymnastics, and strength, and many of the gymnastic sports we see in the Olympics today, such as the rings, pommel horse, and parallel bars, are already quite similar to it in many respects.

Breakdancing, skateboarding, surfing, and sport climbing, have been given Olympic approval for participation in the 2024 Paris Games, giving optimism to those who want to see pole dancing enter the games in the near future. For now, we will have to wait and see what the future holds, but given its current trajectory and widespread appeal, don’t be surprised to see it in the Olympic games within the next decade.

back to all blog posts
Fonts settings